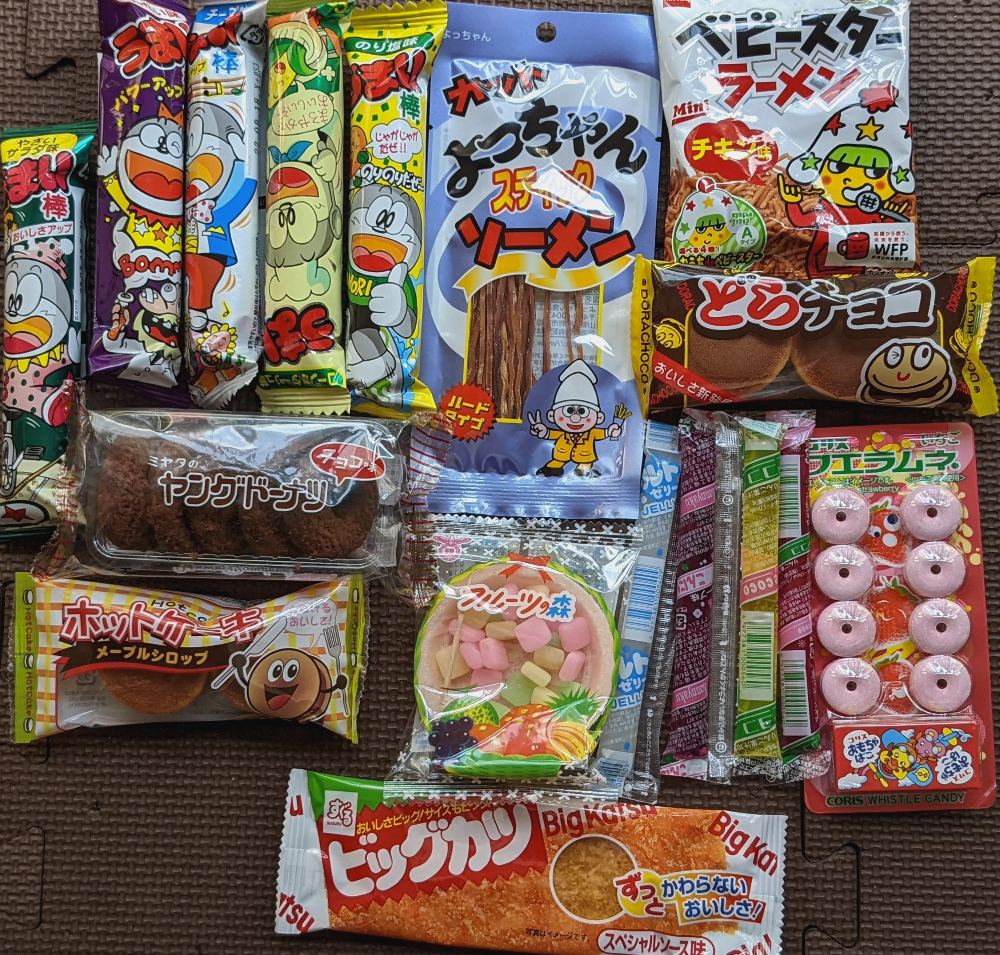 What comes into your mind when you remember your favorite childhood snacks? Surely, the fond memories of those snacks bring a smile to your face! In this article, let me discuss with you the exciting world of Japanese candy and snacks called Dagashi. 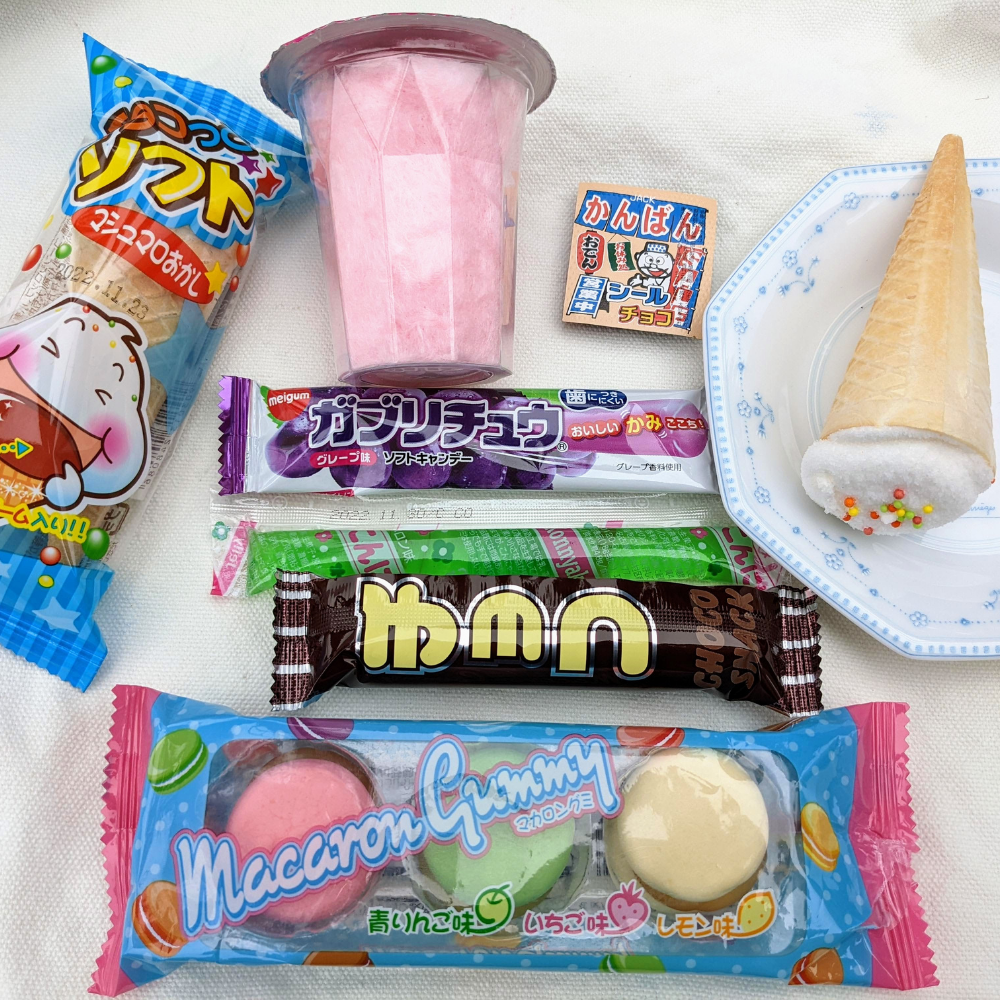 The choices are endless as dagashi makers try to diversify their products with limited-edition flavors! Don’t be fooled though. Dagashi are not only made for children but adults enjoy them too!

Most people who grew up in Japan get a bit nostalgic at the sight of dagashi. It reminds them of the happy memories associated with these beloved snacks. If you are living overseas and curious about dagashi, you don’t have to be in Japan to try it. Luckily, there are online shops that sell dagashi and I could say, you should give them a try! 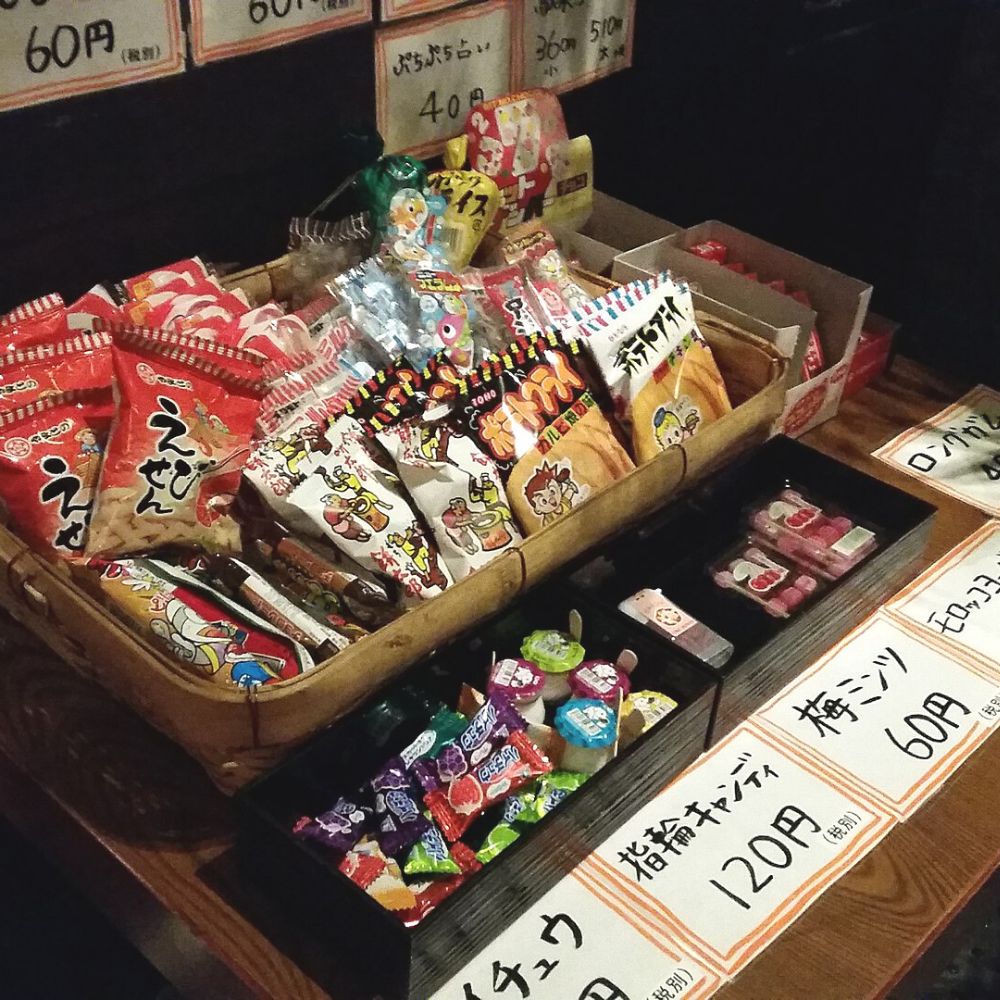 These candies and snacks are not made for eating only. Companies producing these snacks consider the following factors: Low price, shelf stability, and interactiveness. And lastly, packaging should be attractive to children.

INCREDIBLY LOW PRICED. Dagashi are usually priced from 10-60 yen. An affordable amount for school children and even adults who love to buy it for fun!

LONGER SHELF LIFE. Back in the olden days, traditional dagashiyas (stores selling dagashi) lacked air-conditioning and refrigeration in summer, therefore dagashi should not be easily spoiled. You can also store some of it at home during bad weather without worrying about the expiry date.

INTERACTIVENESS. Dagashi is made for fun! They can be played before eating and one example of this is the fue ramune, a round hard candy with a hole at the center that can be played like a whistle. Wrappers have interesting characters to help children make selections and promote brand loyalty. Some of these snacks include a chance to win another dagashi or menko (a Japanese playing card). 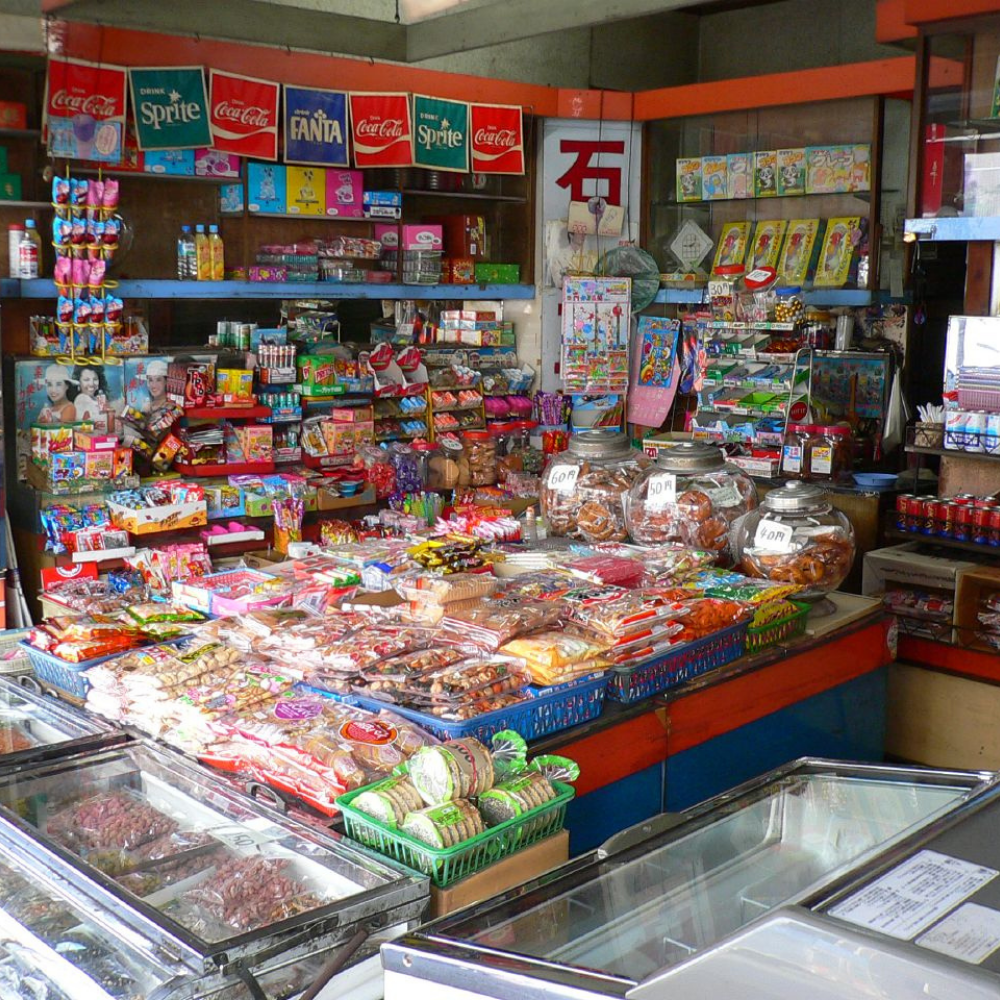 Dagashi is not a modern-day snack as everybody thinks. Did you know that it has been around during the Edo period (1603-1868)? In fact, the first dagashi was made from corn and syrup because sugar was expensive at that time and common people simply could not afford to buy it.

During the post-war Showa period (1950’s to early 1980s), modern dagashi developed and gained popularity. At that time dagashiya began to increase and became a common after-school hangout for children. They socialize with the shop owners and their friends, which is a common activity during that period. 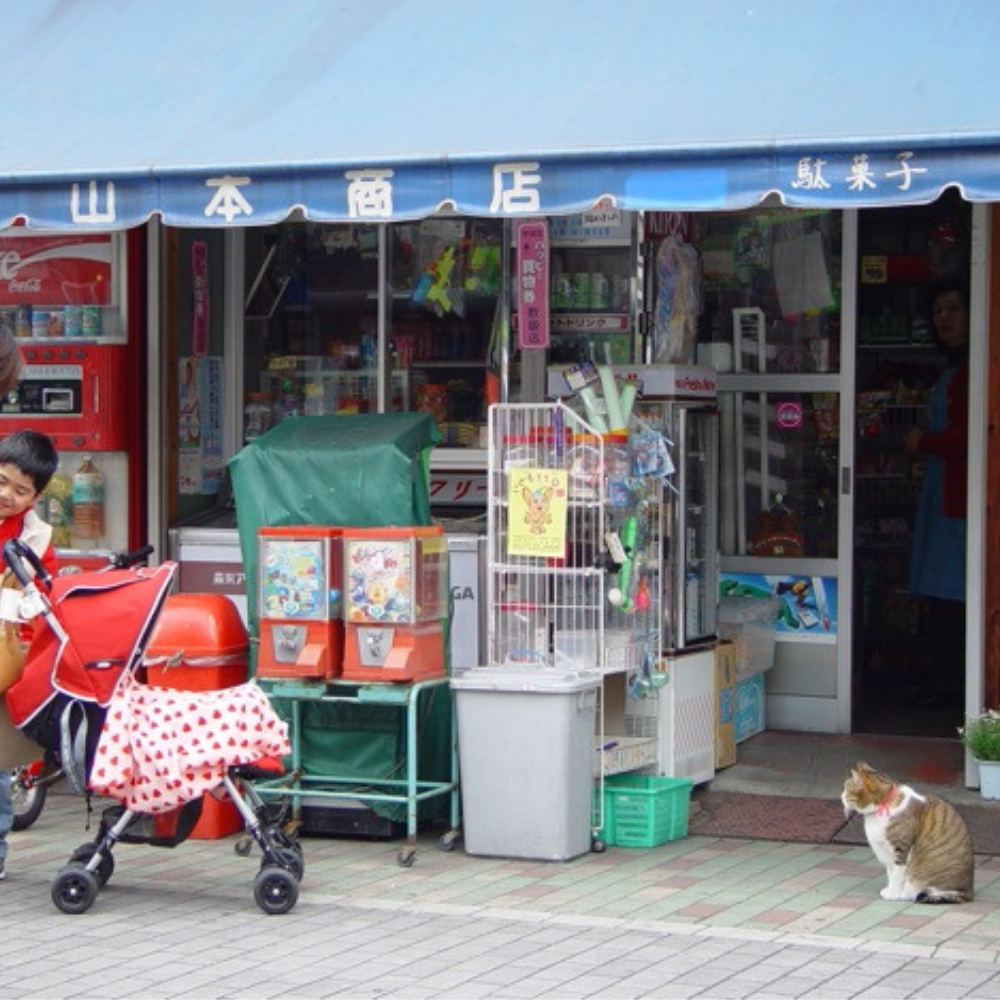 Dagashiyas began to modify its products during the Bubble economy period when schoolchildren’s allowances began to increase. In addition to dagashi, they also sell small toys and coin-operated arcade-style games called gachapon.

This is also the time when convenience stores and supermarkets have their own dagashi section. But sad to say, the falling Japanese birthrate has led to the decline of traditional dagashiyas these days. However, there are still a few shops operating around the Tokyo area, particularly in shotengai (local shopping streets) and small towns in the countryside.

When it comes to recommendations, my daughter knows best! She led me to a family-run dagashiya next to her school and showed me some hidden treasures. And let me share with you what we had discovered! 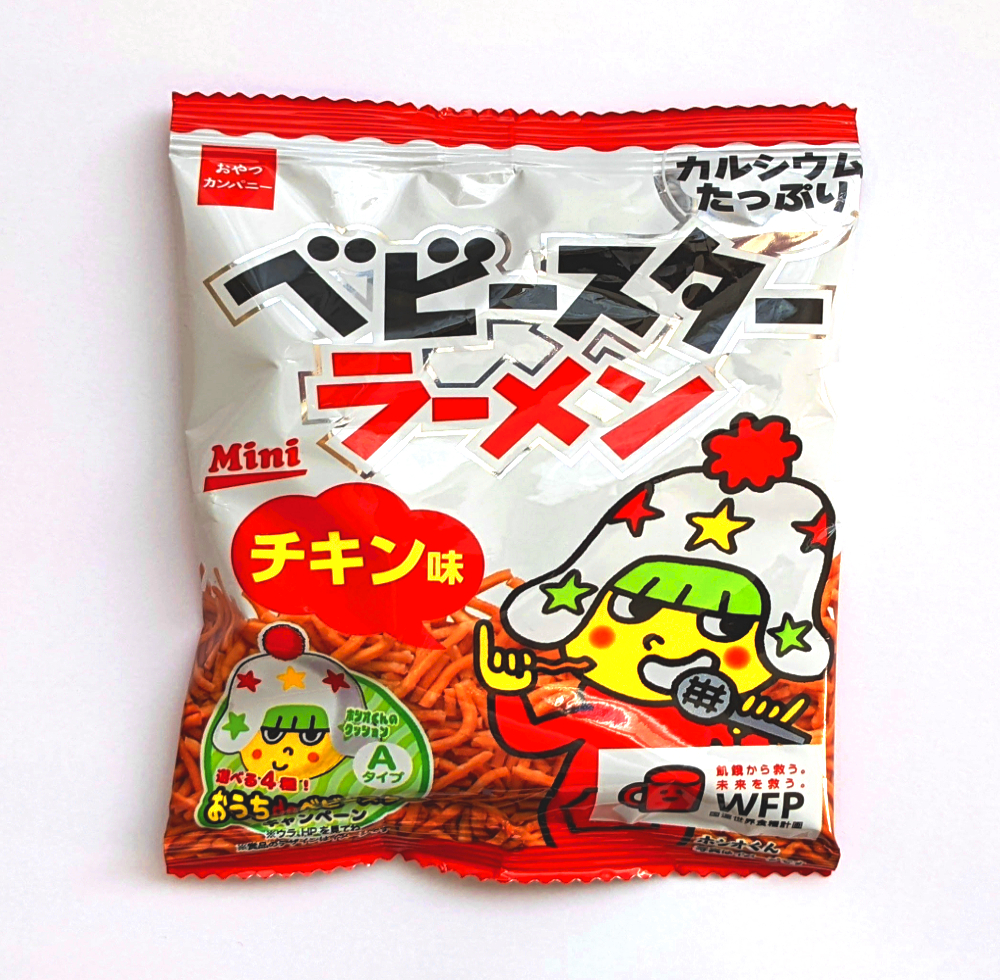 Baby Star Ramen. If you love noodles but have no time to cook, try this miniature cup ramen with, or without soup! This crunchy fried noodle snack is broken into bite-sized pieces perfect for pouring straight into your mouth! Available in six umami-packed flavors: chicken, spicy chicken, yakisoba (Japanese noodles), umashio (salt), mentaiko (spicy pollack roe), and cheese. 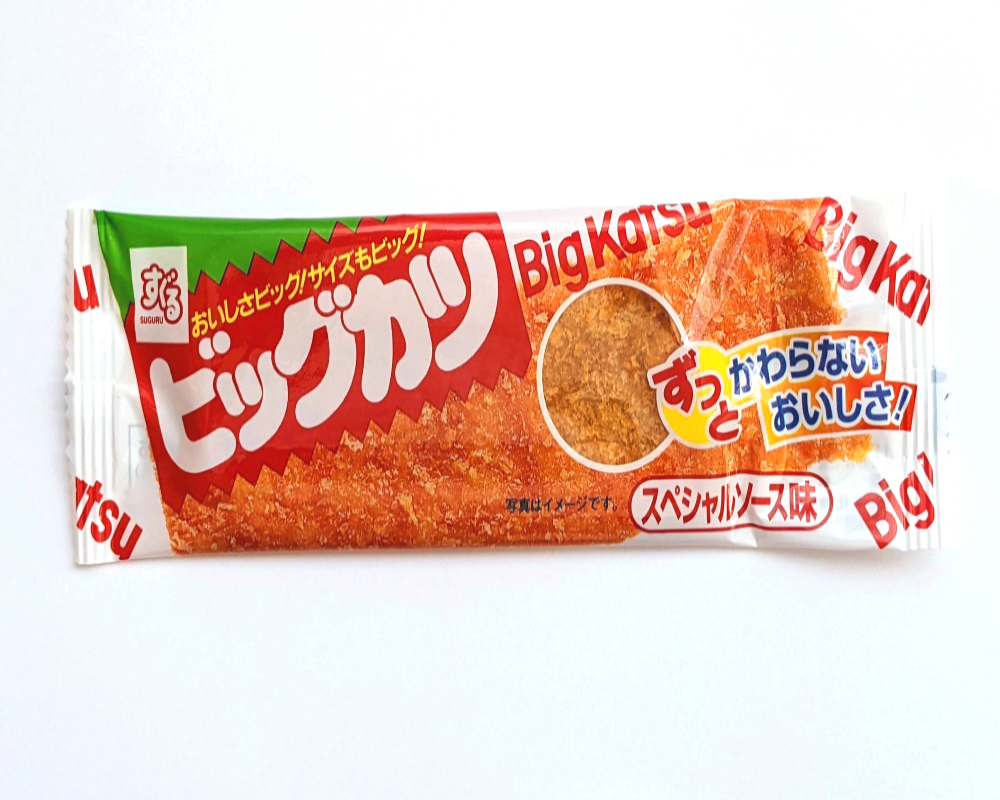 Big Katsu. This healthy snack is a miniature version of tonkatsu (pork cutlets) but it is made of fish surimi (paste made from fish and other meat) and flavored with various seasonings. 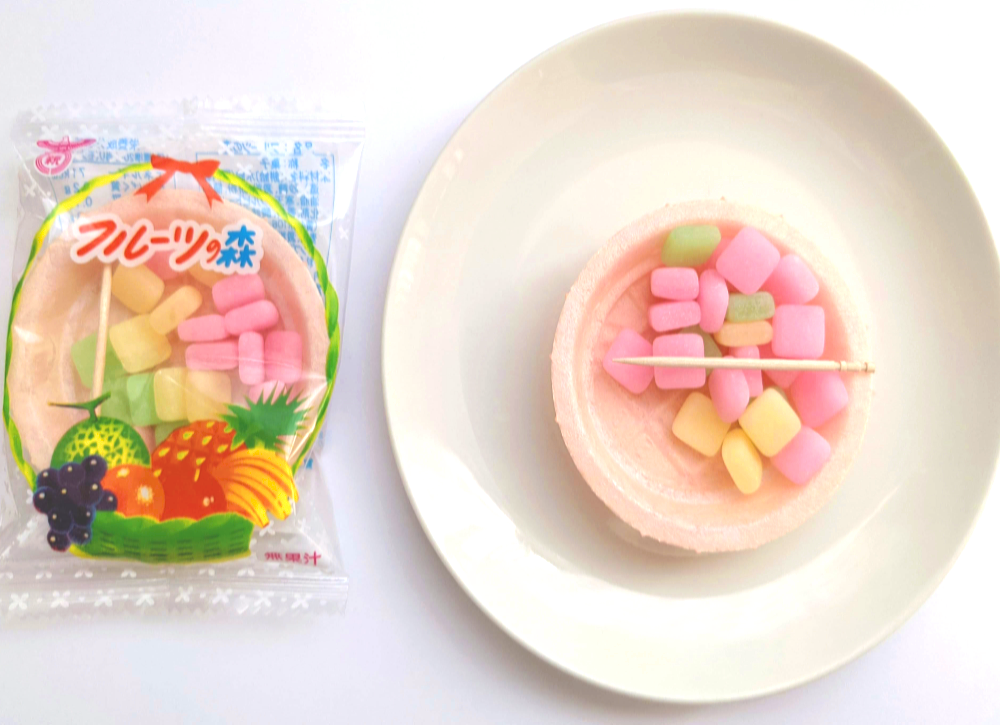 Fruits no Mori.  A colorful arrangement of pastel-colored soft chewy candies that resemble precious gems. It comes with a cute, edible plate that tastes like crunchy ice-cream cones! 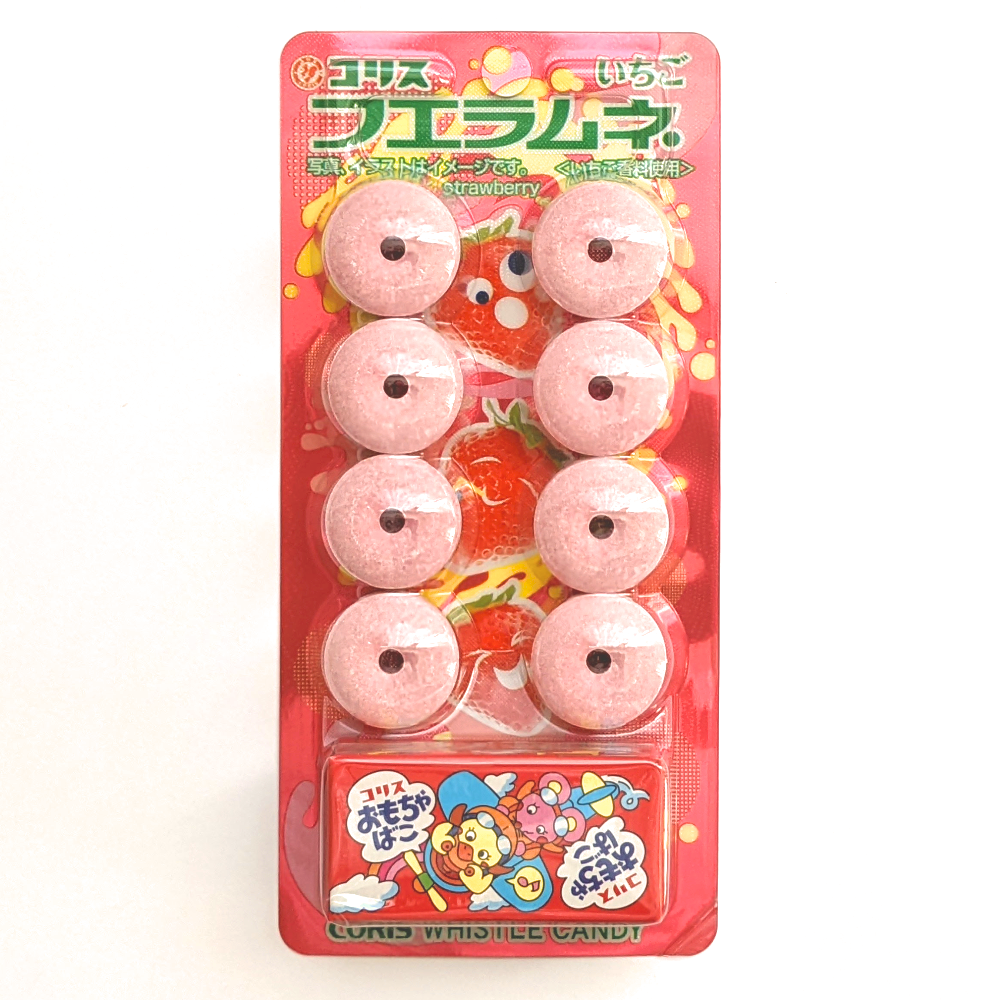 Fue Ramune. It’s the Japanese version of polo mint candy but flavored with ramune, similar to a lemonade drink. Whistle through the hole before eating! This candy also comes with a surprise toy in a box. 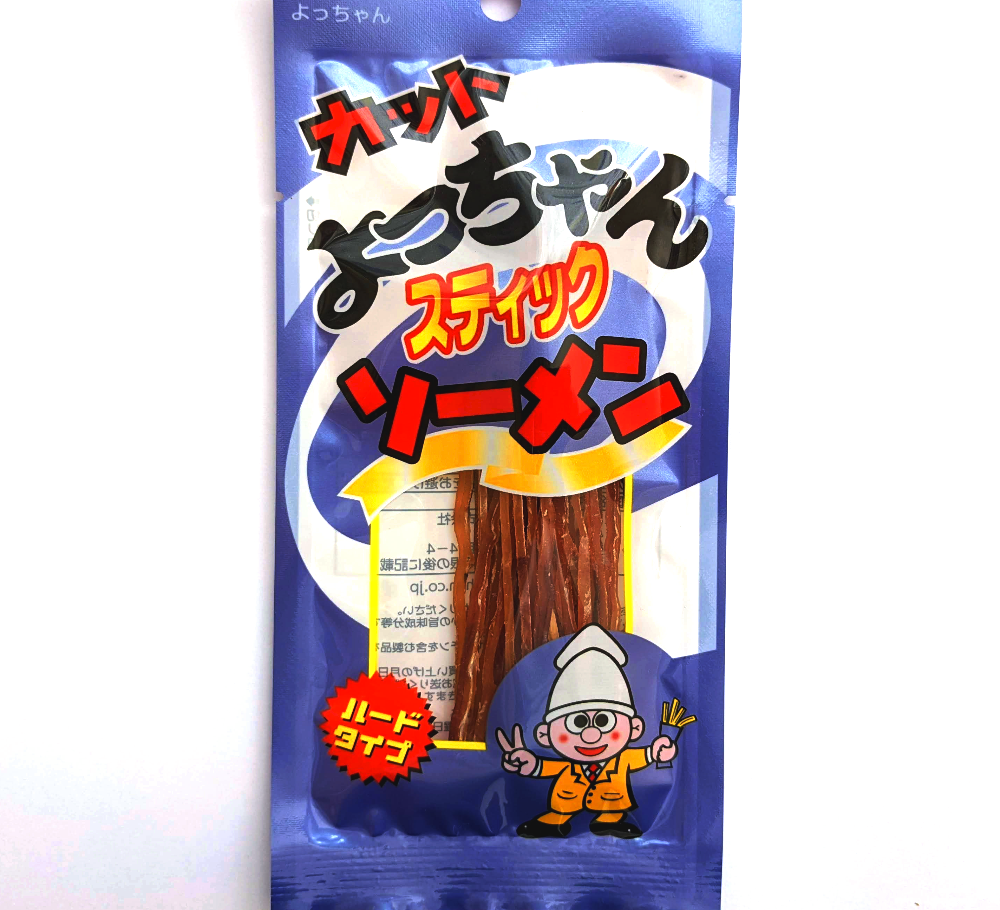 Ikasomen. These are dried squid cut into easy-to-eat thin sticks. Not only for children but adults enjoy them too as otsumami お摘み with a beer or sake. 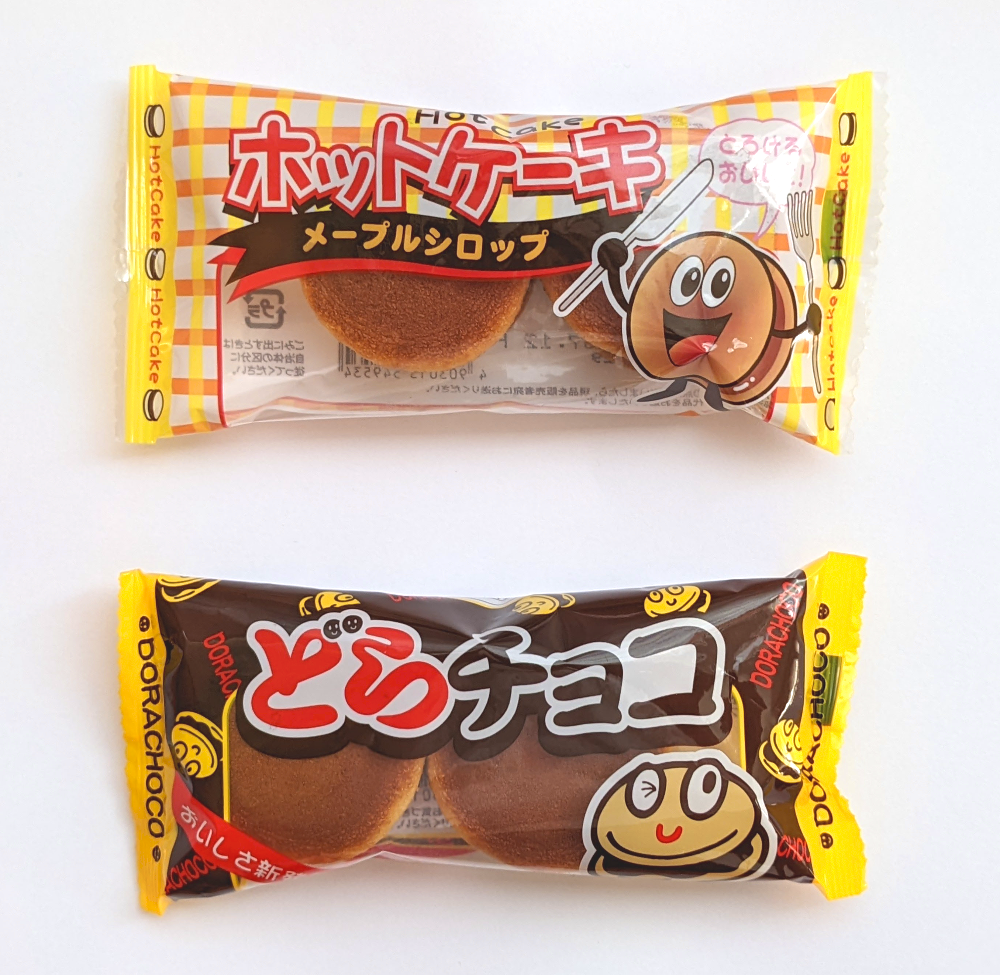 Mini Hotcake and Dora Choco. These bite-size pancakes and dorayaki are just adorable! They can be heated up for your afternoon tea with your kids! 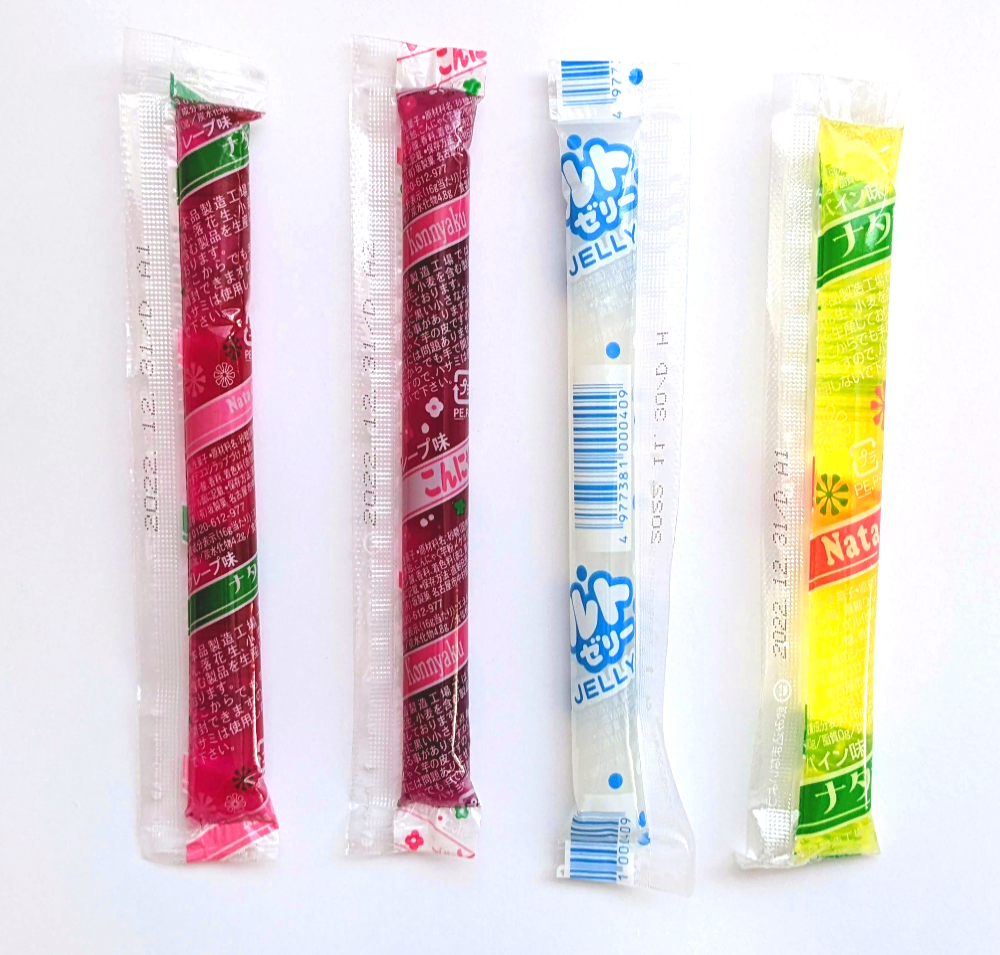 Konnyaku jelly stick. You can enjoy this jelly stick from Konjac plant at a retail price of ￥10 and available in other delicious flavors such as nata de coco and yogurt. 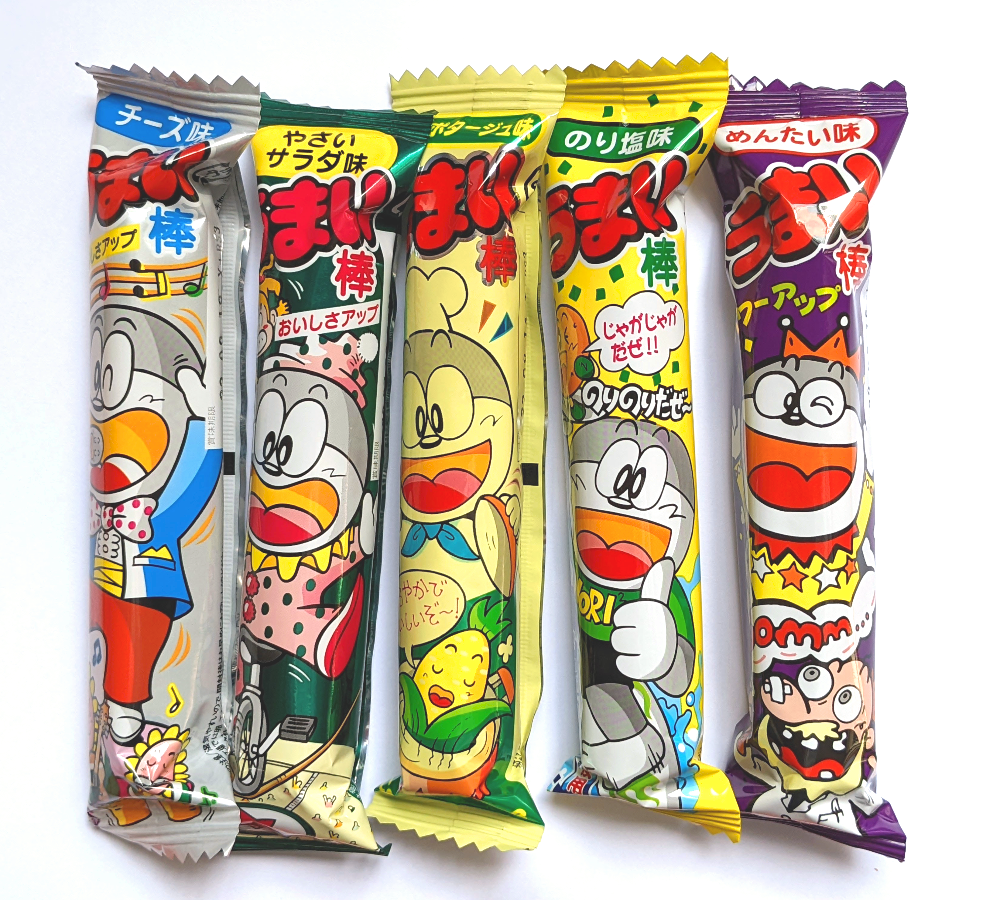 Umaibo. A popular snack in Japan because of its cute individual packaging and recognizable character similar to Doraemon, this cylindrical puffed corn snack comes in 36 flavors! However, these flavors are just limited editions and rotated out to keep the interest going and to create seasonal trends.

Umaibo is known for its extremely cheap price at ￥10 but as of January 2022, it was announced that the price would increase to ￥12, the first increase since its product launch in 1979. 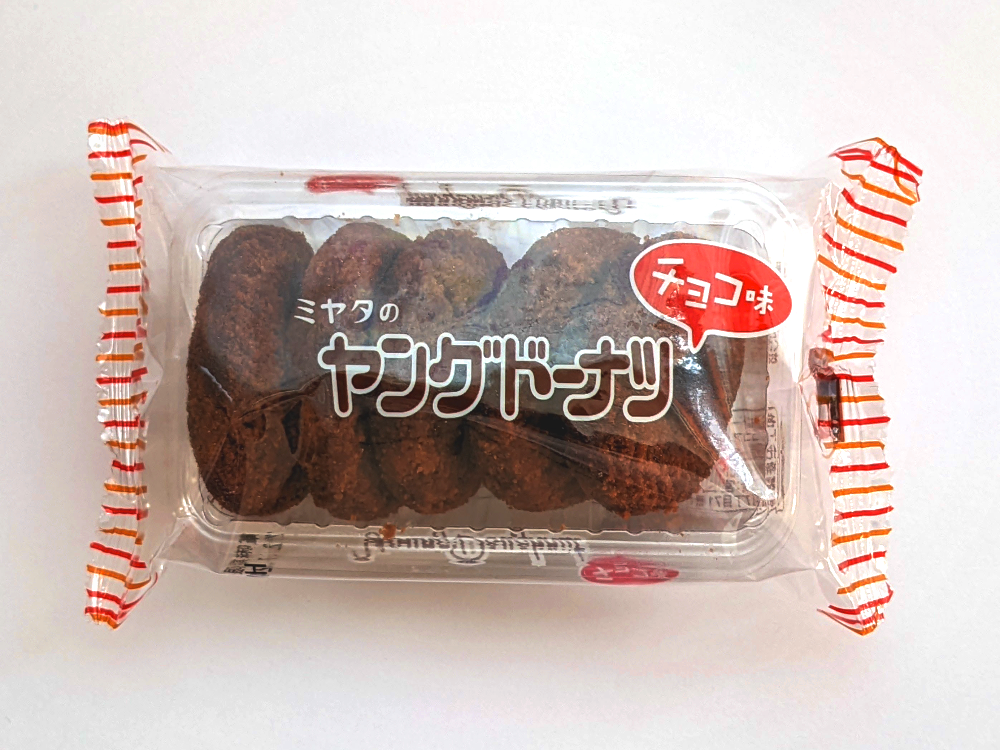 Young Donuts. These are cute, miniature sugar and chocolate donuts with a drier texture.

Dagashi can be a perfect souvenir for your loved ones while traveling. Now that you’ve learned about the different types of dagashi, which one would you love to try? And don’t forget to visit a traditional dagashiya for that wonderful Japanese candy culture experience when you visit Japan in the future! 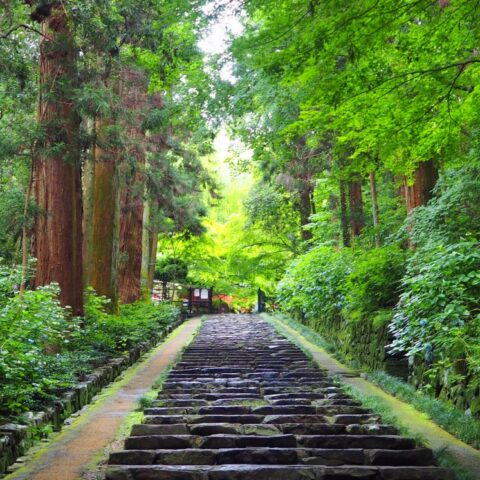 Top 5 Things to Eat in Miyagi 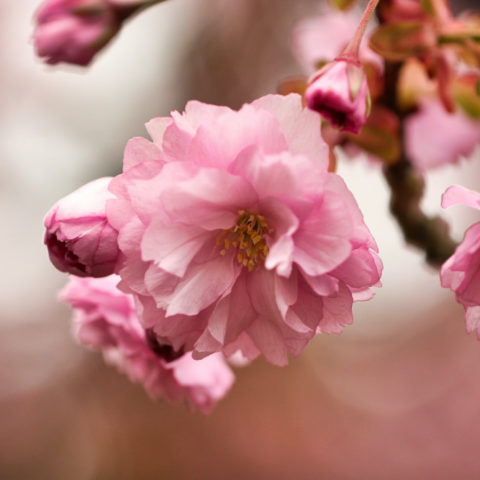 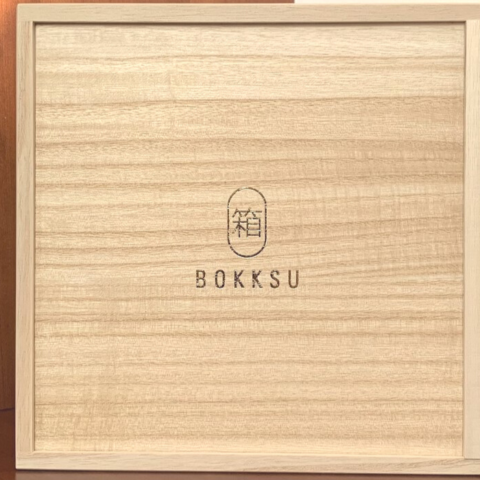 BOKKSU: THE BOX OF MAGICAL DELICIOUSNESS