Tanabata: one cosmic love story brings a festival of colour and wishes!

Ever wished upon a star? Yes? I guess we all did at some point in life for sure!

As you stroll the streets of Japan in the sweltering heat of the summer season, you happen to notice these amazing and beautifully coloured decorations hanging all around you. As they blow and get entangled in the summer wind, streets become filled as everyone gets ready to celebrate Tanabata matsuri (also known as the ‘Star Festival’).

The Origins of This Festival

Dating back to more than 2000 years ago, Tanabata is based on an old Chinese legend with ‘two star-crossed lovers’. Orihime was the beautiful and gifted princess of the sky king, and Hikoboshi was a cow herder prince. They both lived peacefully along the ‘starry’ river of the Milky Way. (how dreamy!)

One day, when they both met along this river, they fell in love, but their love proved to be a distraction to their duties. Orihime stopped weaving while Hikoboshi’s cows were wandering across the skies. This angered the sky king greatly and he separated the lovers across the Milky Way as a punishment. 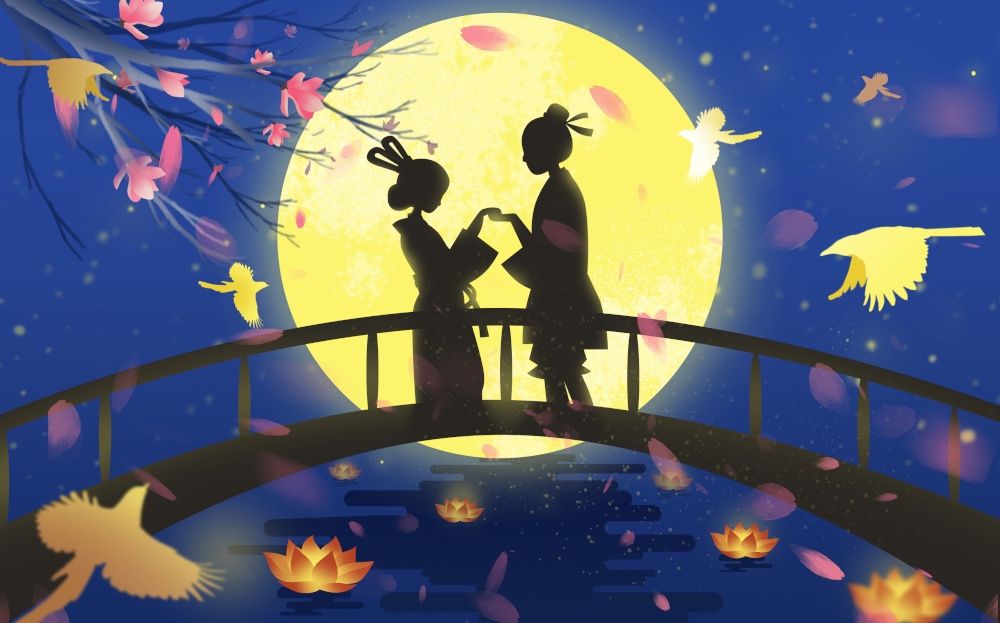 However, over time, he later gave in a bit and allowed the lovers to meet, but only once per year. 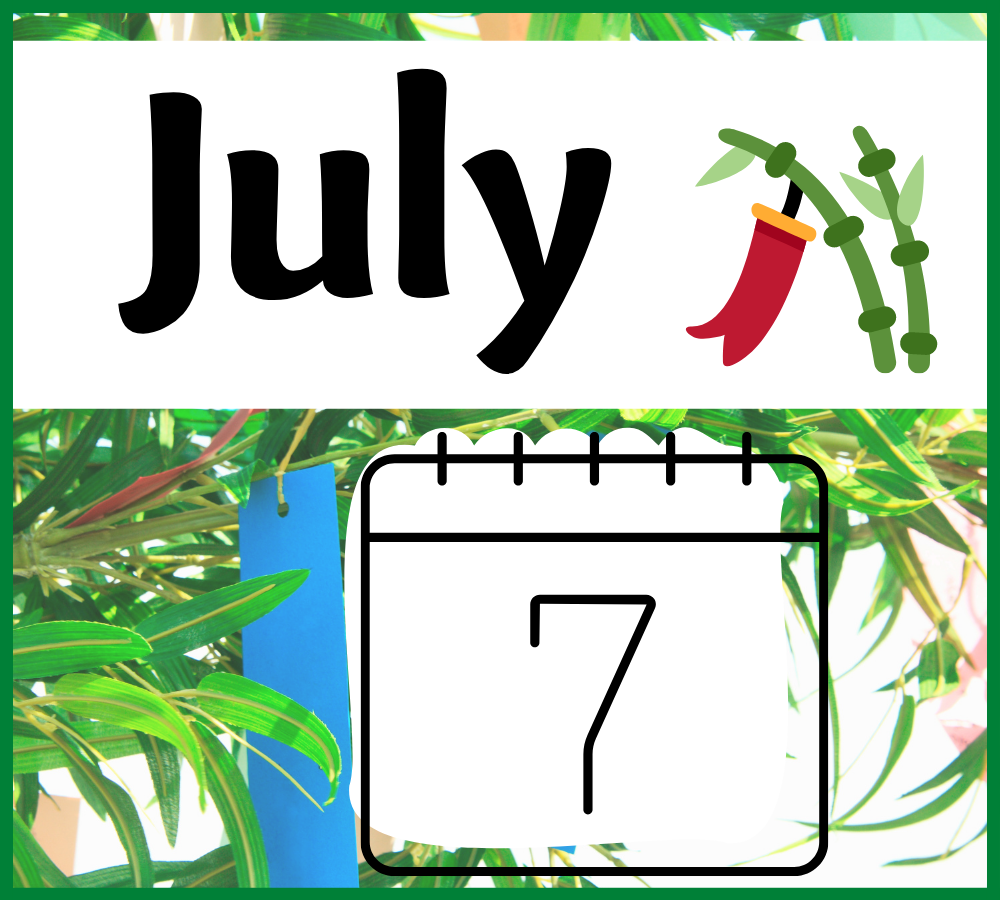 So When Is It?

It is said that on the 7th day of the 7th month, these two stars would therefore meet! According to the Gregorian calendar, this day takes place on the 7th of July each year.

However, the celebrations may differ in other areas of Japan as it takes place later in the month of August, since some may still follow the Lunisolar calendar. If you are a traveller, then what an opportunity to join more celebrations in different neighbourhoods! (#doublecelebrations – haha) 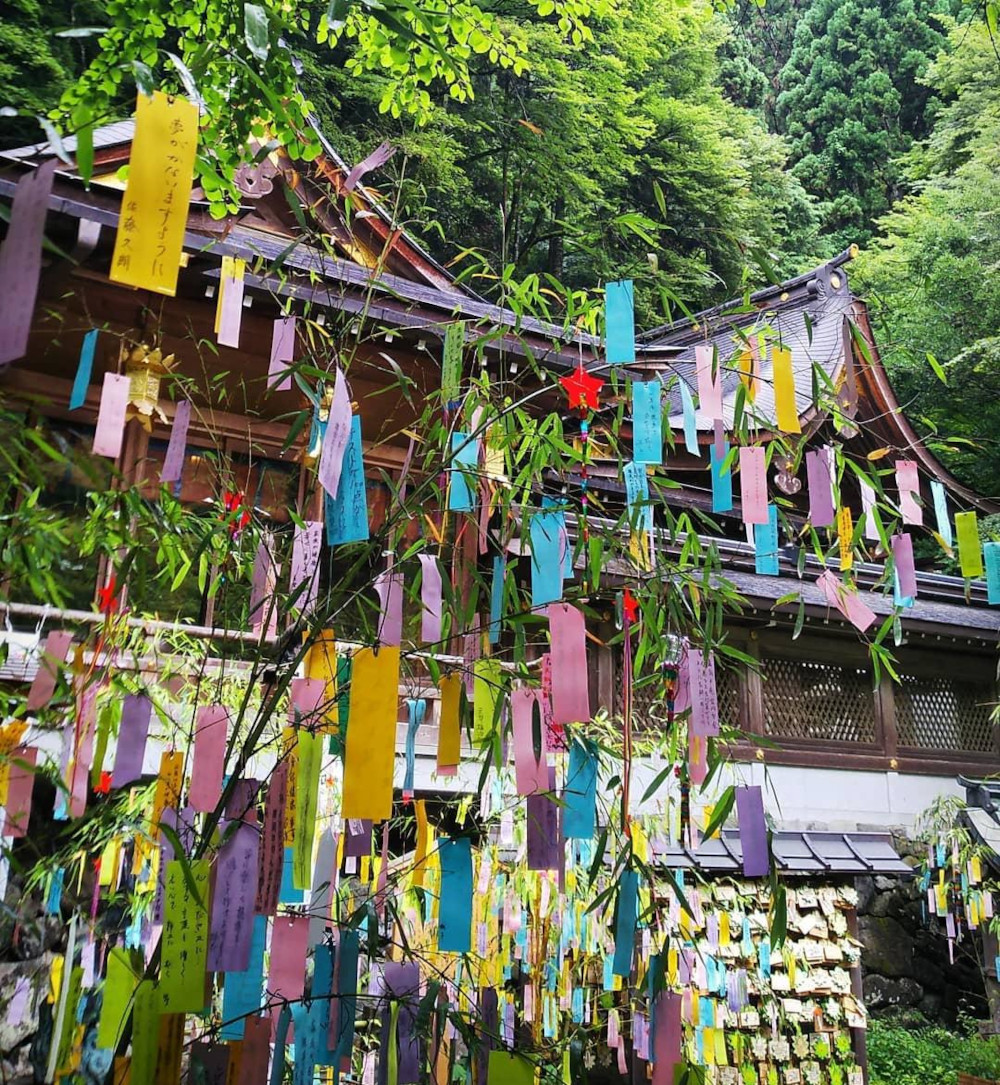 How Is It Traditionally Celebrated?

To observe this special meeting of the two stars along the Milky Way, Tanabata is celebrated by writing special wishes on small, colourful pieces of paper called Tanzaku. Do you have your wish ready? How about “I wish to celebrate Tanabata in Japan?” (teehee)

Once written, these wishes are then tied to the branches of decorative bamboo at home or in public spaces. Bamboo is significant as it grows straight and tall upwards, its branches will extend towards the heavens, bearing the wishes with it! 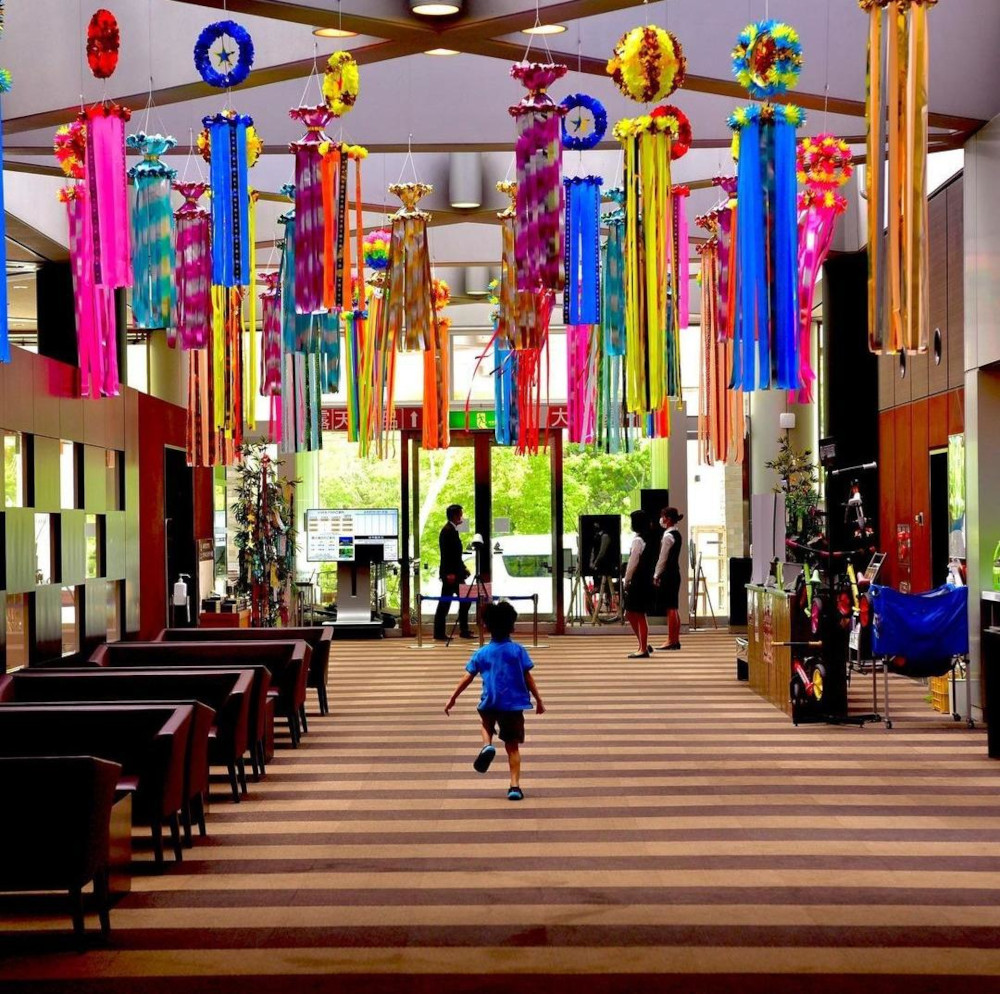 Other colourful decorations and Origami can also be added which make a charming and appealing scenery for the celebrations! Long, vibrant, decorations can also be found in the streets, shopping areas and even at train stations which can just light up your day by the sight of it. 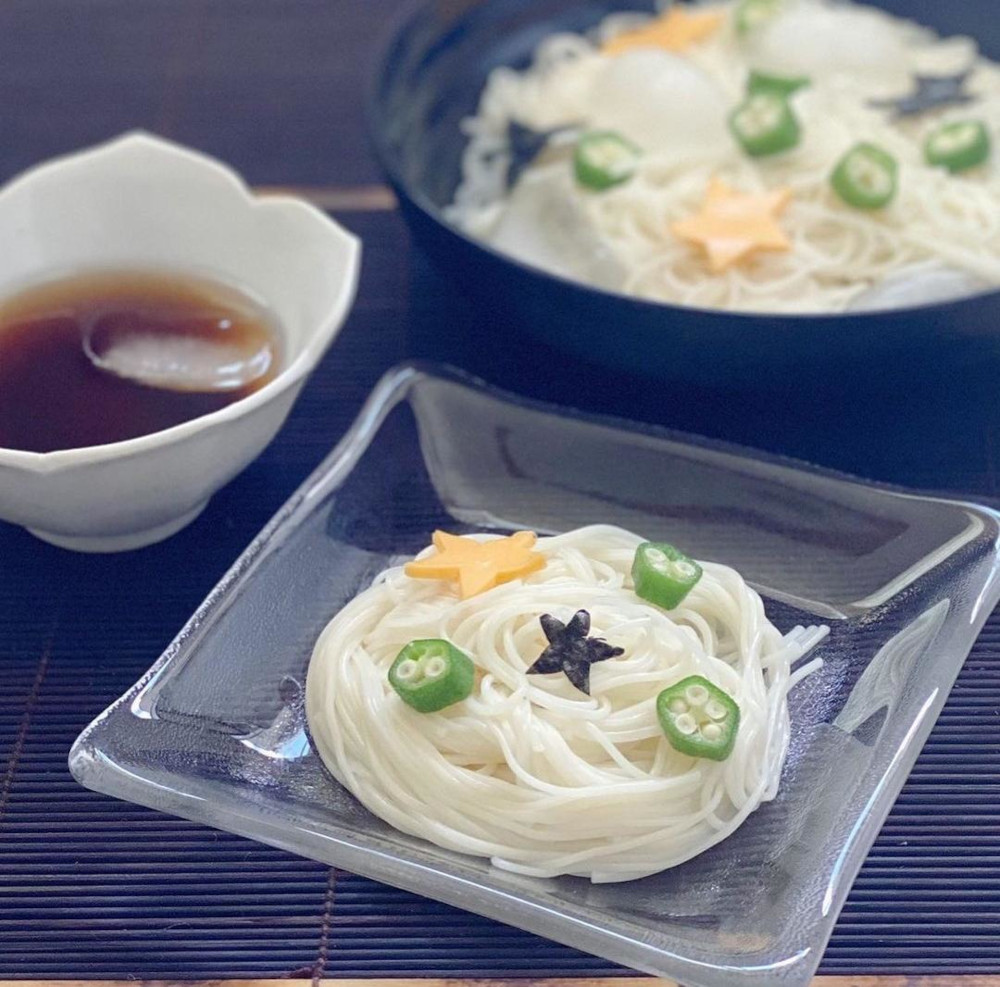 If you happen to head out into the streets during Tanabata, you’re bound to find many stalls sellings classic Japanese foods for you to partake in! From takoyaki to yakitori, okonomiyaki and even grabbing some yakisoba, these are all quite delicious to enjoy in the festivities! However, nothing says Tanabata more than Sōmen!

Looking for a more traditional dish, more or less, the “Star” of this festival, sōmen is a go to! Since it is summertime, these noodles are served cold with a light dipping sauce and can sometimes be topped with pieces of vegetables cut in the shape of stars. This dish is symbolic as it is believed that the long threads of sōmen noodles bear a resemblance to the Milky Way, but also the threads woven by Orihime. (sounds quite majestic and the display is too beautiful!)

Where to Go Celebrate?

You want to jump right into the festivities of this event right? It sounds so amazing and vibrant, and definitely I would like to write a wish on a piece of tanzaku! (crosses fingers). 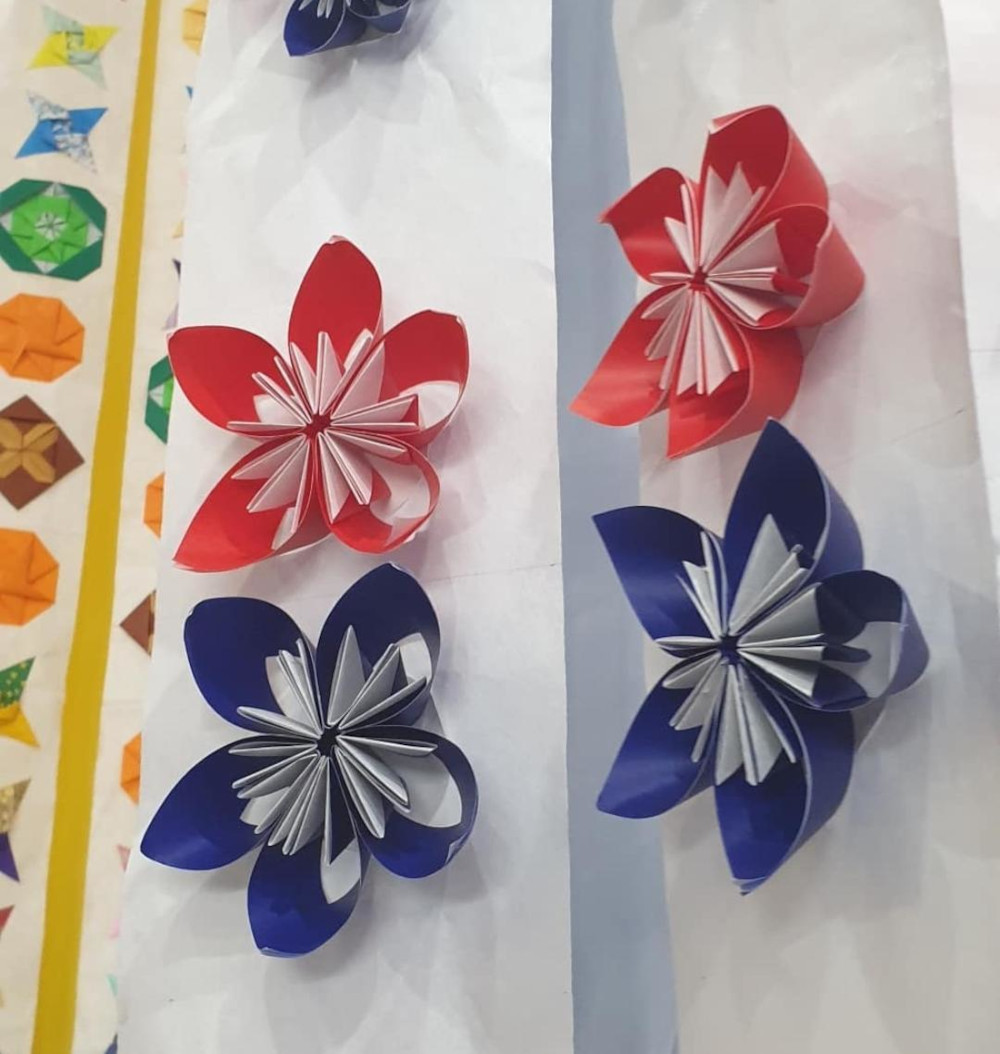 If you are in Japan, take an hour and 40 minute journey from Tokyo. Usually in the month of August in Sendai City, the largest Tanabata festival takes place here! Hanging from bamboo poles, dozens of colourful streamers brighten the streets and there’s a remarkable firework display to initiate the festival.

In the small neighbourhood of Asagaya, Tokyo, find large paper-mache sculptures of anime favourites, hello kitty and even Disney characters! In Aichi prefecture, a grand parade is held in the month of August where the streets are filled with amazing decorations, music and dance performances. 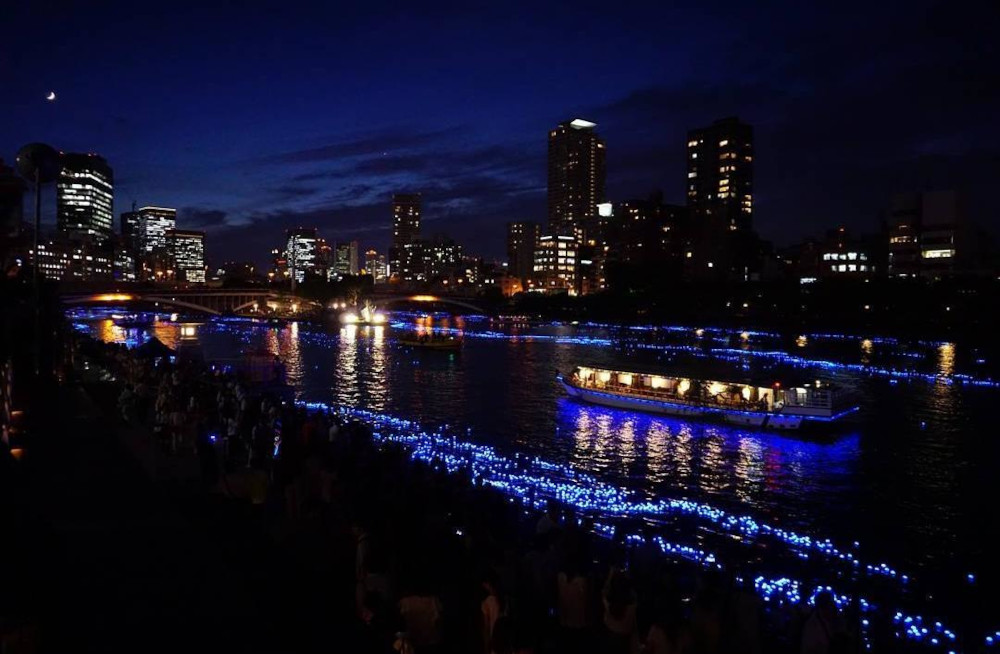 In Osaka, Tanabata festival celebrations are taken to the next level by creating their own Milky way. Hundreds of blue lights are set afloat on the Okawa River which makes a sight sure to be seen!

I highly hope you enjoyed reading about this Milky Way love story as much as I enjoyed writing about it! One thing that stood out to me the most was writing wishes on those colourful pieces of paper because now I want to write one and tie it!

Nevertheless, just as this day celebrates these star-crossed lovers, I hope that in our own world today we can show love to one another in various ways. Why? Because the world definitely needs a little more LOVE!

Discover more about Summer traditions in Japan in our Round-up blog post! 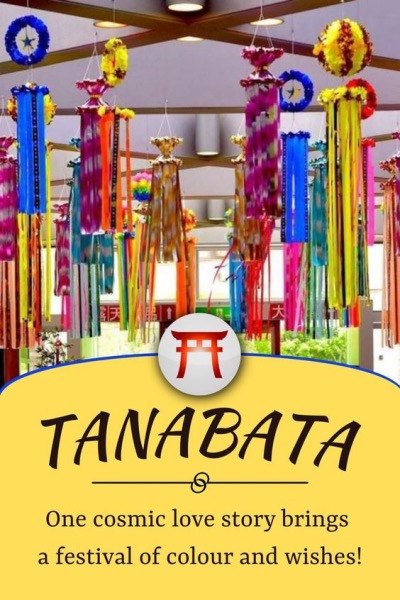 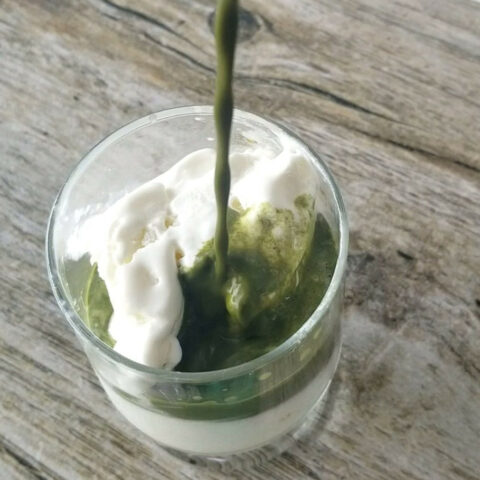 Matcha Affogato: matcha meets ice-cream; a match-a made in heaven! 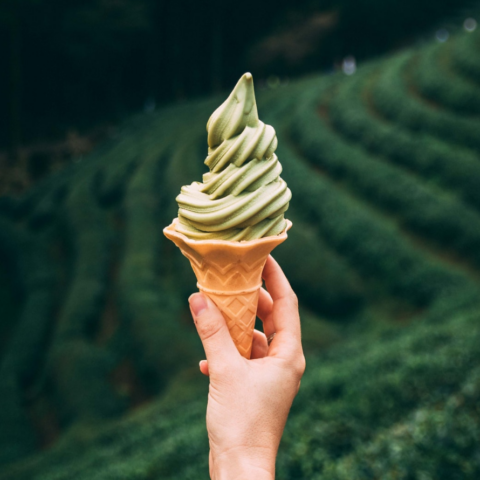 Cool down with 5 Konbini Matcha Ice Creams this summer 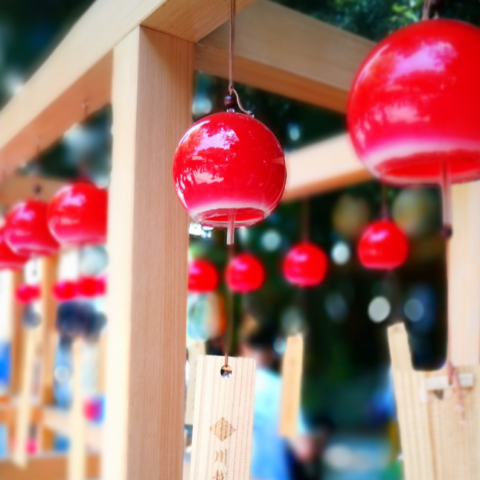