IRORI, Past to Present 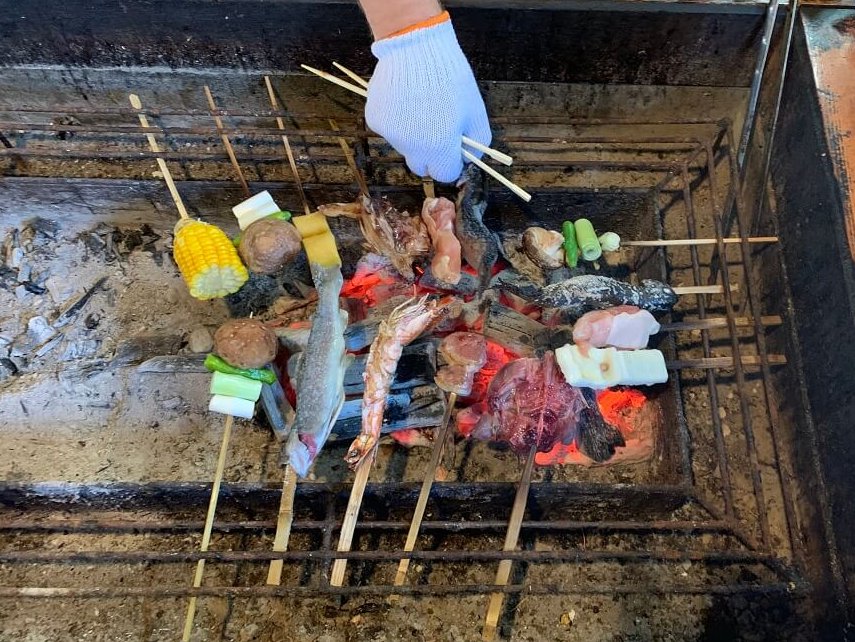 Near the foot of Mt.Fuji is Sanrokuen (山麓園), a bold and daring Kushiyaki Irori Sumibiyaki – a Japanese style barbeque restaurant that uses fireplaces for charcoal grilling and serves food on skewers. This restaurant has preserved this traditional cooking style and the building’s unique type of architecture, and has also opened its doors to foreign tourists. In 2003, the Japanese government began the initiative known as YOKOSO! JAPAN to attract foreign visitors, and Sanrokuen is one of the restaurants welcoming guests from abroad. 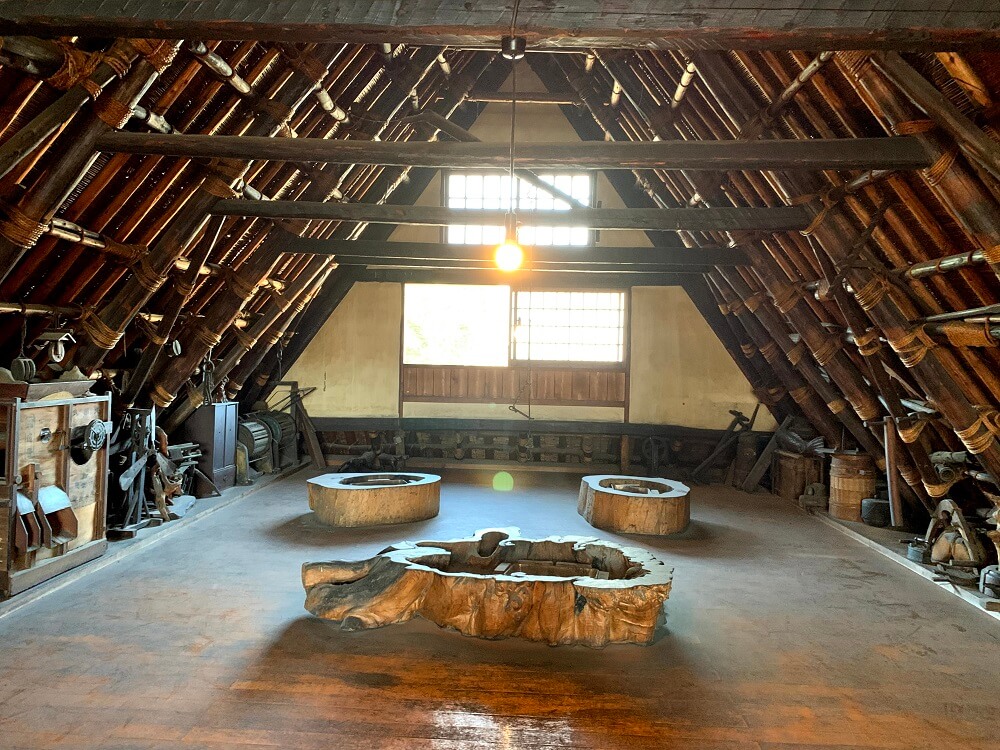 Sanrokuen is located inside a beautifully preserved 150-year-old traditional wooden beam, non-air-conditioned building that was brought over from the city of Hida. When entering the restaurant, we walked past a huge outdoor oven heating charcoal for barbeque, then went into the main entrance area where foreign currency covers the reception desk. We then entered the dining area where we had to take our shoes off before stepping in. Many Japanese style IRORI fireplaces were set up and being shared between groups. Since the irori pit is level with the ground, we had to sit on floor cushions laid out on the ground. One of the courteous serving staff spoke in English and offered us a small chair since many foreigners are not accustomed to sitting cross legged in a traditional Japanese sitting position. 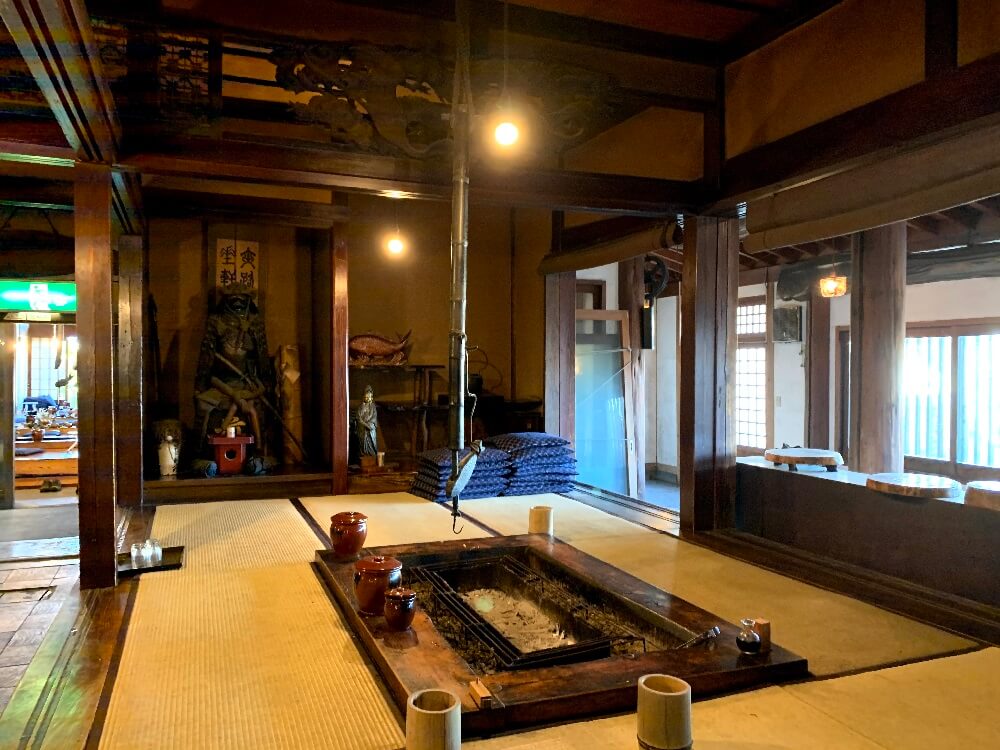 After ordering our food, hot charcoal was brought in from the outside oven by shovel and placed into the IRORI pit. The ingredients then came neatly positioned on a flat wooden basket with each item on a skewer, ready to be cooked on the IRORI. Heat resistant gloves were provided to avoid hand burns when placing the skewers next to the intensely hot coal. Next to the pit, a ceramic pot containing wonderful barbequed-flavoured sauce was placed for dipping the skewers into. 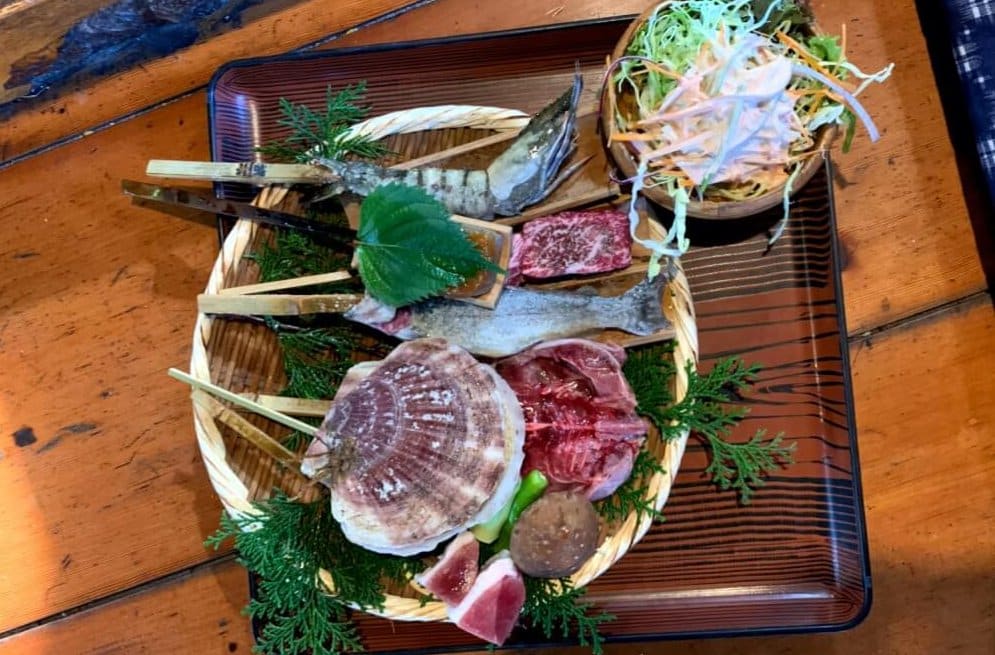 Menu items cost around 2,000 yen ~ 4,000 yen with options for 5 different set meal platters. The price was determined by what ingredients are chosen, and they were all very fresh and served raw. The ingredients included KONNYAKU yams with miso sauce and Japanese mint, delicious KIBI-DANGO millet balls, corn, mushroom, green onion, and fried tofu. Meat selections included fresh rainbow trout, chicken, quail, shrimp, boiled scallops, Arctic char, beef, boar, duck, squid, and scallops in the shell. Our selection was the Hida meal which was fantastically delicious with every bite. It alone was already more than enough food, but then came a hot steaming bowl of HOTO noodle soup, a local dish common in Yamanashi Prefecture. All the set menu items are meant to be finished off with HOTO noodle soup. The food on skewers were quite filling and made eating the HOTO soup difficult despite how delicious it was. The set meal came with tea served in a tea pot. 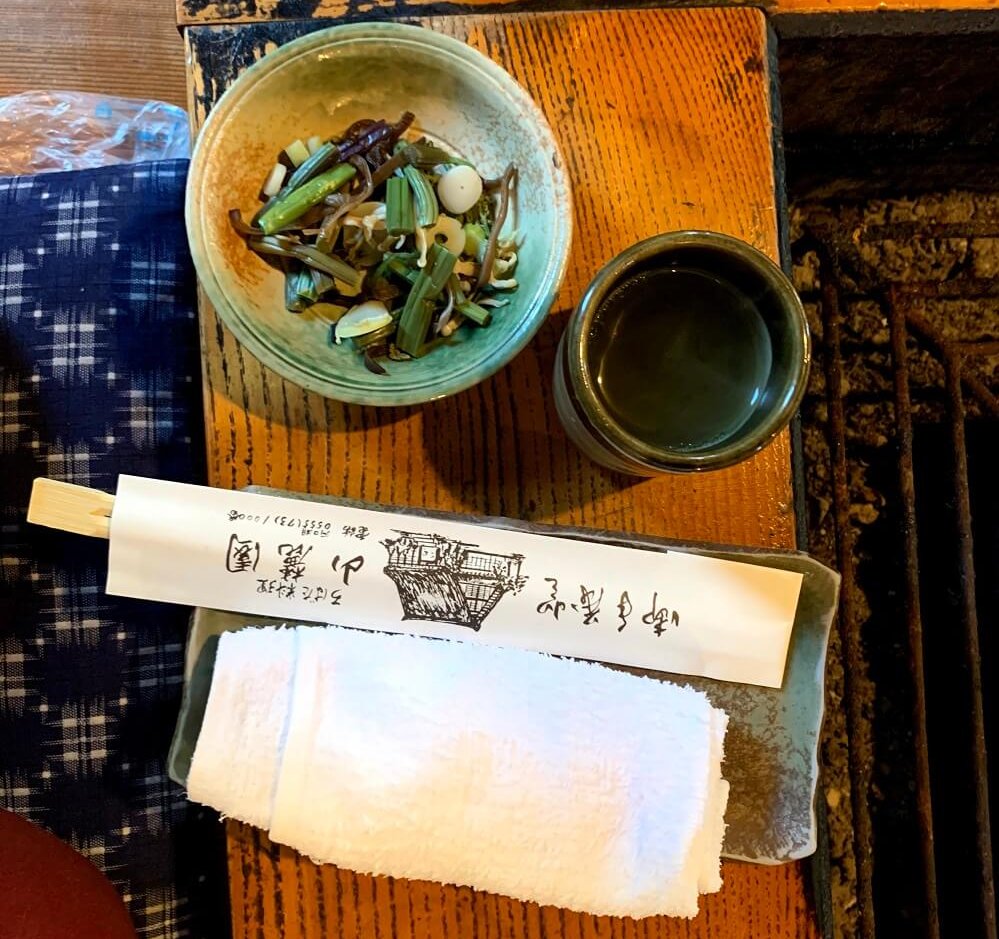 There were other alcoholic and non-alcoholic drinks that we could have ordered, as well as ice cream. And if we desired other specific ingredients, individual items could be ordered and added to our set meal plate. On all the other set meal platters, there was the option of choosing quail or squid meat. In Japan, while quail eggs are commonly served in restaurants, there are not many places where quail meat can be ordered, so we were very excited to try it.

Hida culture is considered authentically Japanese, having a simple lifestyle from a distinct culture that is different from other parts of Japan. This altruistic way of life permeates through every aspect of Sanrokuen. 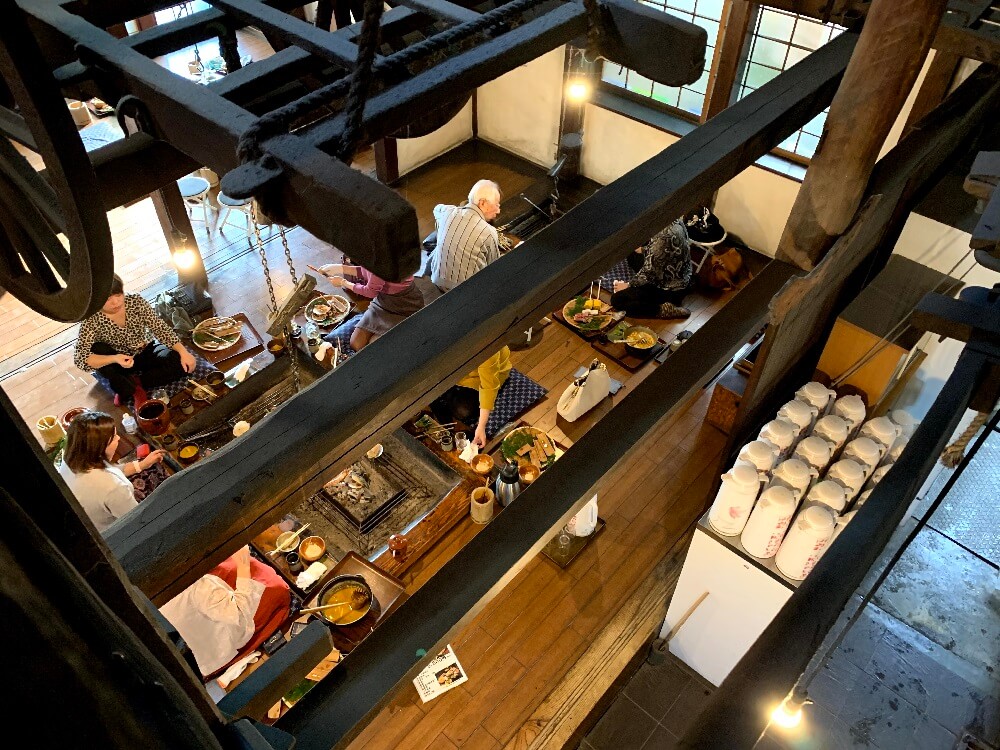 Sanrokuen is located in Yamanashi Prefecture near Mt.Fuji, close to the Oshino Hakkai Springs World Heritage Site, and also close to the Kawaguchi Ko resort area.

Traveling around Mount Fuji? Be sure to join our delicious 3-hour Food Tour in Fujinomiya. 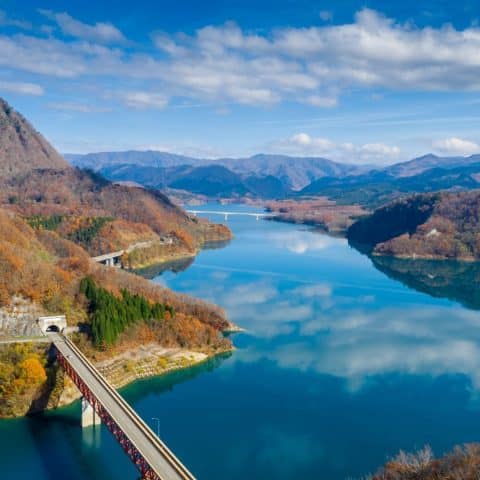