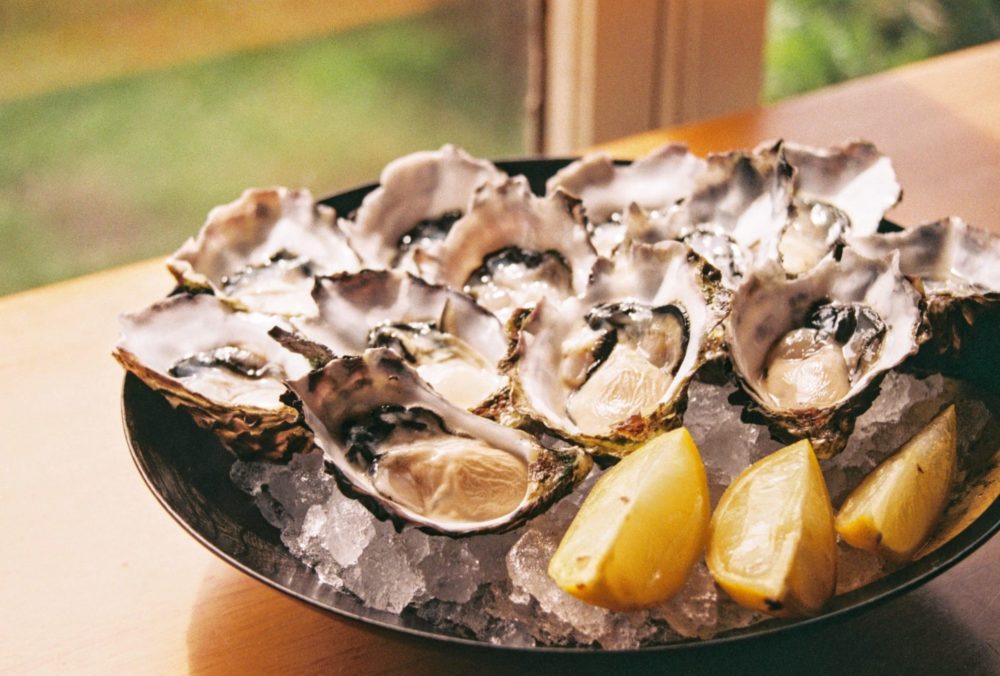 Oysters come into the market around November and stay until Springtime. They are known to have a lot of nutrition such as zinc, iron, and calcium with Omega-3 fatty acid. In Japan, oysters are a very popular dish, especially during the wintertime as people tend to have them with various dishes such as nabe (hot pot).

There are two kinds of oysters that are sold in the market; ones that need to be cooked and ones that can be eaten raw. Please note: getting food poisoning is very common, so it is advised to be cautious when eating oysters and read the labels if you buy them from the market.

Oysters that are harvested from the bay and coastal areas feed on plankton and they are known to be rich in nutrients and flavour. These types of oysters cannot be eaten raw and need to be cooked.

On the other hand, oysters that are harvested in areas where the water has been tested by the Local Health Centre and meets certain standards are able to be eaten raw. In these areas, the water is cleaner and confirmed to have fewer bacteria. 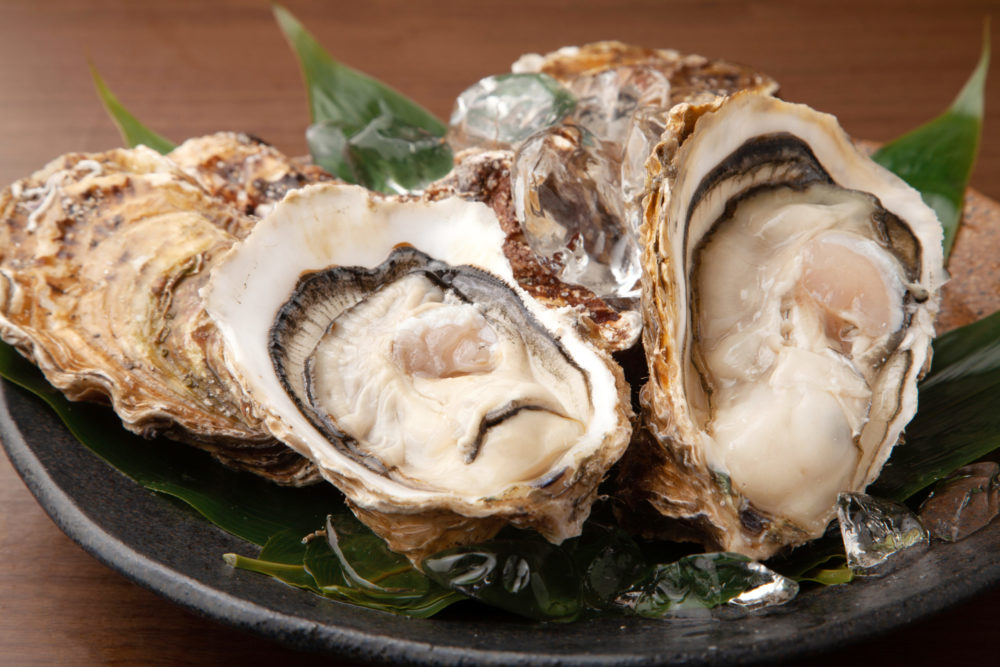 Photo by Sasazawa on shutterstock

As discussed before, people can eat oysters raw. The texture of raw oysters is described as being creamy with a sweet and briny flavour. In Japan, eating raw oysters is called namagaki. The oysters are eaten either shucked or on the half-shell with dressings such as vinegar, ponzu cituz or momoji- oroshi.

Another popular dish is oyster sushi and it can be served in two different ways: nigiri- sushi and gunkan maki. Nigiri-sushi involves raw oysters on top of a ball of rice while gunkan maki has seaweed wrapped around the rice which helps to hold oysters on top. 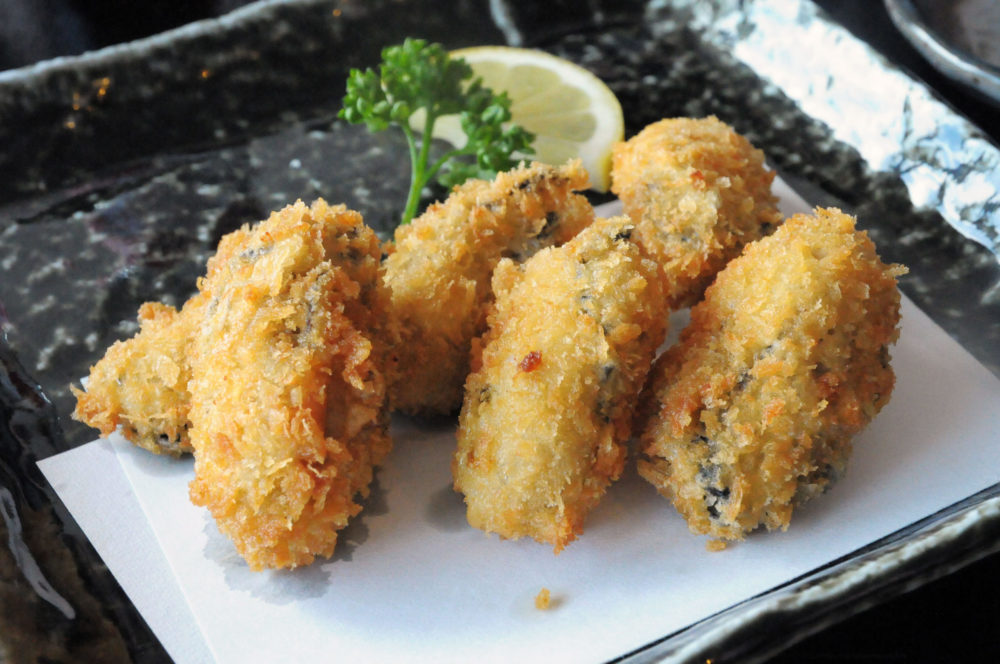 Photo by Foodaholic on shutterstock

Fried oysters, which are called kaki furai, are also very popular in Japan. The dish consists of oysters being breaded and then deep-fried. You can often find fried oysters served with side dishes like raw cabbage, lemon and tartar sauce or a sweet sauce. 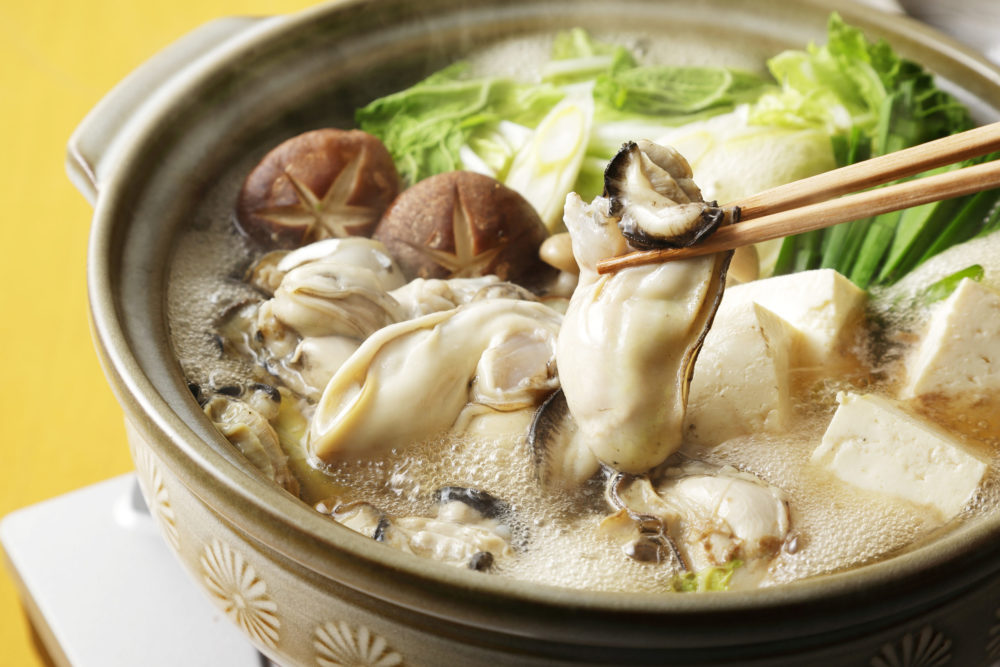 Photo by Nishihama on shutterstock

Hot pots are very popular in Japan and eating them with oysters is no exception. A popular hot pot dish from Hiroshima is called Kaki no dotenabe and it consists of vegetables, tofu and oysters that have been simmered in a broth. The dish is prepared in an earthenware pot that is lined with miso bean paste and lemon on the side.

Hokkaido prefecture is very popular for their oysters due to the cold water surrounding Akkeshi Bay. The area provides the best temperature for oysters as it is supportive of the phytoplankton that oysters are known to feed on and because the phytoplankton are plentiful in this area, it is easier to grow and harvest oysters throughout the year. The most well-known oyster from this prefecture is Kakiemon.

The Miyai prefecture is most known for Maruemon oysters. On the coast of Sanriku, this is a fertile reproduction area for oysters.

From the 1500s Hiroshima has been known as a huge oyster farming area. The Seto Inland Sea has calm and nutrient-rich water which allows oysters to grow well.

Photo by Thomas John on Unsplash

There are many ways to clean oysters, one common way of cleaning oysters is by using grated daikon radish.

Another way to clean oysters is by using potato starch which some people opt to use if they do not have daikon radish. With this method, it is advised that you put the oysters in a bowl. Then use one tablespoon of the starch and mix it together with your hands for around 10 seconds. Then, add 3 tablespoons of water to the bowl and mix for another 30 seconds. The result of all this will be that the starch essentially collects the dirt from the oysters, making the water turn grey. Rinse the oysters with cold, salted water until the water is clear and then dry with a paper towel.

It’s advised that you do not leave oysters in freshwater as the flavour will run out and you will end up with shrunken oysters.

For your next trip to Japan, make sure to find the nearest market or restaurant and try out the different types of oysters that the country has to offer. Whether it is raw or cooked, there is something for everyone!

Join our TOP 5 Japanese Foods online experience to discover more dishes you need to try during your next trip! 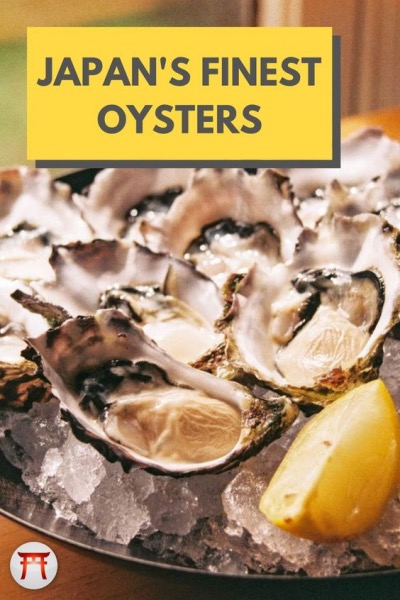 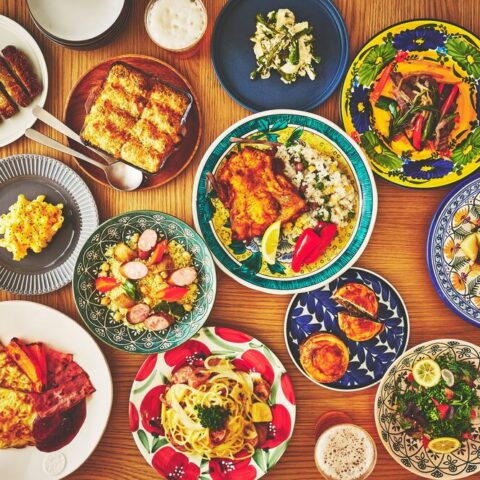 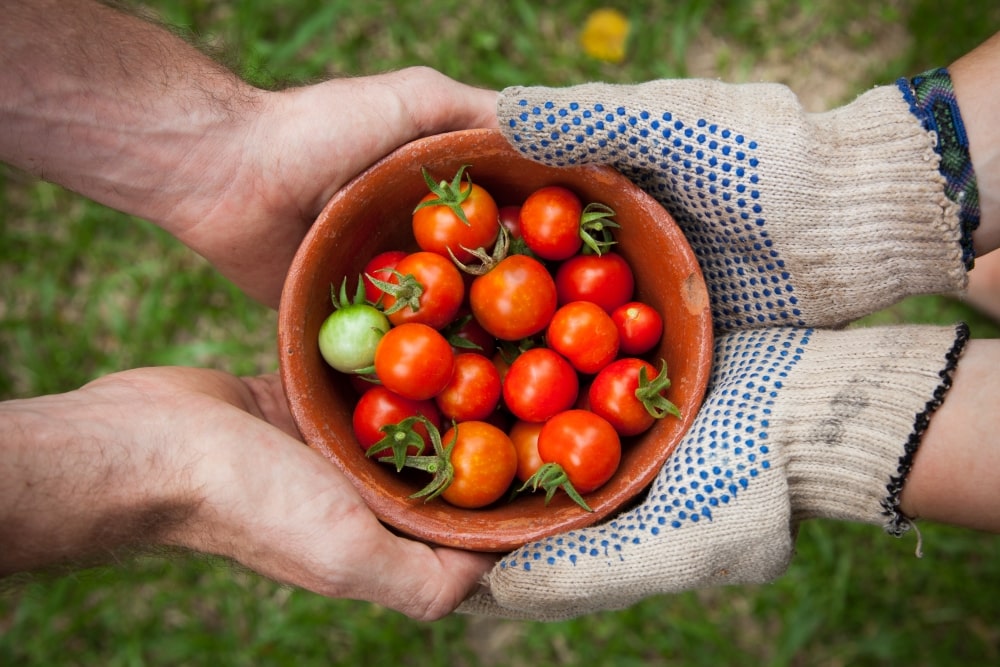