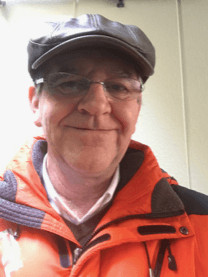 Hugh has been a resident of Japan for 18 years. Born in Sydney into an old Australian show biz family, he opted in his late twenties to head off to Hiroshima, Japan. There, he studied the language and practiced Aikido and Japanese calligraphy for which he has received various awards, and cultivated a profound interest in Buddhist teachings.